5 Project Interview Disasters – And How To Prevent Them 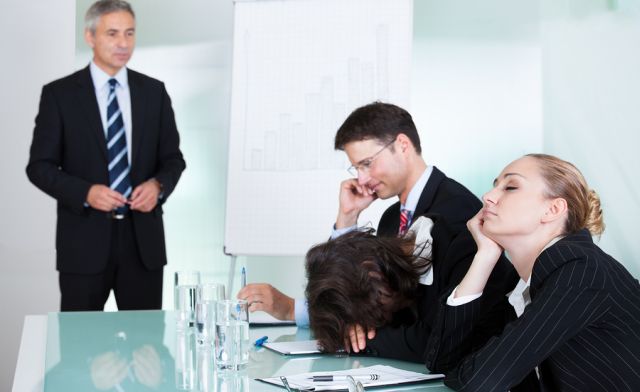 During 50 years as a consultant, I’ve participated in many project interviews held by potential clients as part of their consultant selection process. I’ve been a member of a proposing team, a selection panel member and interview coach at different times. I’ve seen a variety of interview disasters. Here are a few:

Your project team member falls asleep during the presentation

TIP: Presenters should not take a flight across the country the night before the interview!

Interview rehearsal involving the entire presenting team is important. In one case the team spent a lot of time figuring out how to handle a potential question about a problem that had arisen on another project with the same client. The principal had no clue about the approach since he was too busy to attend the rehearsals. The question arose at the end of the interview and the principal jumped in with a response “Everybody contributed to that problem and there was enough blame to go around.” One of the client’s panel members who had lived through the project problem turned red on hearing that and looked like he wanted to jump over the table to physically confront the principal.

TIP: If you don’t rehearse you don’t go to the interview.

The selection panel asks a question. The presenting team members frantically look side to side trying to figure out who will answer the question or someone wings it. Compare that to a competitor whose Project Manager says “Terry can best answer that question” and Terry promptly provides an answer that is right on target.

TIP: Minimize Winging it by brainstorming potential questions, including those that they would least like to get in the interview and who and how each question will be handled.

“Piggy Backing” is where one person answers a question, then another team member thinks they have the pearl of wisdom that will seal the deal so adds on to the original answer. On a selection panel I witnessed the proposed project manager answering a question and one of the subs on the team popped up and said “That’s wrong” and proceeded to provide the “right” answer.

TIP: Assign the Project Manager to field the questions to best person and forbid “Piggybacking”

I recently was on a selection panel and saw an “Answer Hog” in action. The Project Principal answered nearly every question while the Project Manager and remainder of the team were mostly spectators. It raised the question in the panel’s mind about the PM’s true capabilities.

TIP: Plan ahead to distribute the question areas to reinforce key team members qualities and give the panel a sense of who they’d be working with.

The client makes it clear that to be fair to all teams that there is a time limit for the presentation and a selection panel member is using a stop watch. I have seen the curtain fall on a presentation still in progress. I have also seen a team finish a 30 minute presentation in 27 minutes and close by saying that they finished ahead of schedule just like their projects.

TIP: Rehearse and revise the presentation until it can comfortably be completed within 90% of the time allotted. There is a tendency for presentations to expand when in front of the selection panel so allow some contingency time.

Interviews that consist of reading word-crammed or data-crammed illegible Power Point slides is a sure way to kill the selection panel’s energy and interest. One of a selection panel commented after an excruciating presentation “They should have put a couple of CPAs on their team to liven things up.” The team that won that job had a presentation with photos when reinforcement of a point was needed and found room for some humor in their presentation.

TIP: Remember – the panel is likely to select the team they think they will most enjoy working with. Put yourself in their shoes while designing the presentation.